Not every detail can be shown due to the small size, but now it is important to bring out the character and likeness by exaggerating just enough to not overdo it – not to go overboard and make it a caricature.
In the last few years I have been asked to make quite a few of these personalized small busts.

.  Over the years I have made sculptures, including busts, in a variety of sizes.  For a long time the life-size sculptures were popular.  They are really the easiest to make since in the human size the large clay surface is easier to manipulate by human hands.  Much detail and character can be exaggerated a little also to bring out the character to make a sculpture recognizable.
One has to realize that there is no variation in color in a sculptured bust, thus each unusual aspect in the face needs to be accentuated with exaggeration and shadow cast. Lately there has been a shift towards smaller sculpture busts because they’re easier to display on a bookshelf or mantelpiece – no separate display area is needed.
Although many think that it might be easier to make a smaller bust, it is actually more challenging, since now every nuance of the face needs to be brought out more clearly due to the smaller size.
(c) 2001 Michiel Van der Sommen
Small Sculpture Busts 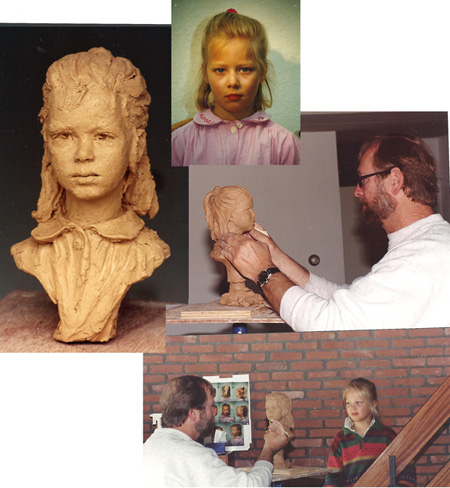 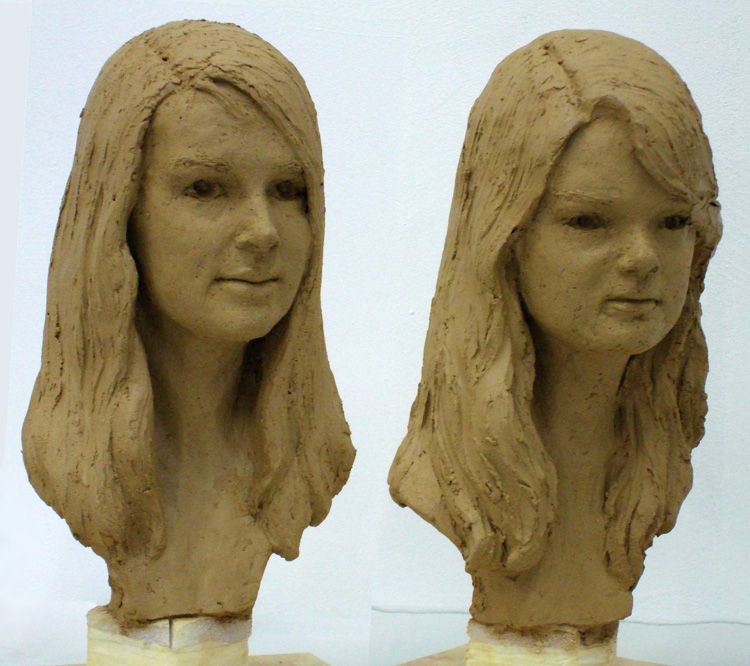 Back to Busts and Reliefs
Back to Main 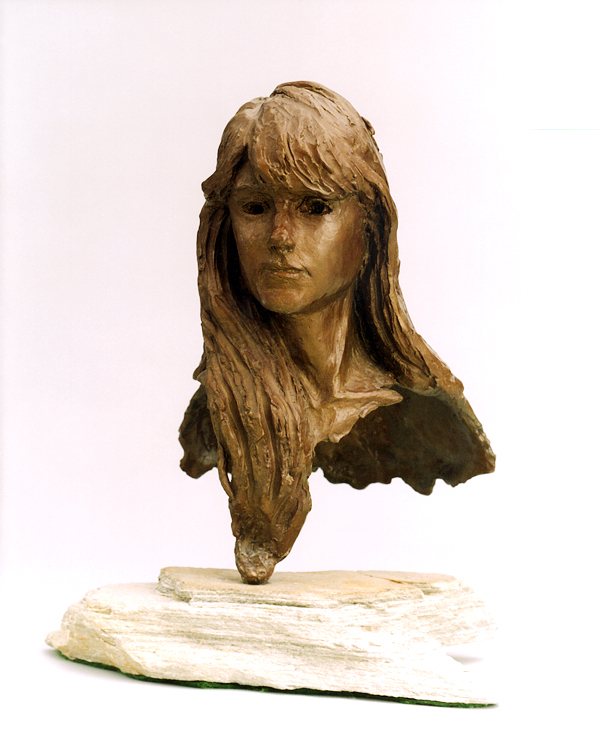 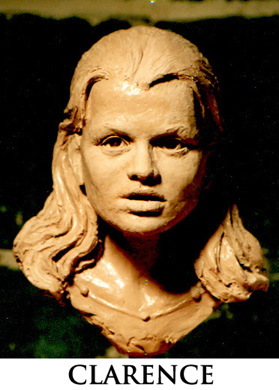